The world as we have created it is a process of our thinking. It cannot be changed without changing our thinking.
― Albert Einstein

Of course, I’d begin Lifestyle-ish with a post on thinking and how it is beneficial. A huge thank you to Srisha @ Sky and Soil for going through this and telling me what she thought!!

It took me a while to realise how there were distinct types of thinking. For instance, Critical thinking in Wikipedia’s terms is, “the analysis of facts to form a judgment.” So, say you read a piece of written work, listen to songs, meet a person or watch a movie, you gather the facts and arrive at an unbiased conclusion as to the nature, quality etc. of the respective thing. The process there, is critical thinking.

And it is important because critical thinking plays a major role in academic and professional lives as it enables a person to analyse information, solve problems systematically and come to reasonable and unbiased conclusions.

In students, this helps in better problem solving abilities (obviously something we are in dire need of) and clear grasping of concepts as thinking on a particular subject is most likely to aid in its internalisation, thereby making it easier to recall it (which would avoid those catastrophes during exams).

Reading furnishes the mind only with materials of knowledge; it is thinking that makes what we read ours.
― John Locke

That isn’t all! As much as I’m not a huge fan of the communication aspect of life, I will mention that critical thinking also plays a role in improving communication and social skills. When you think critically, you think creatively and long periods of thinking involves an analysis of the environment and people around you and you begin to pick up the major aspects of their character, which in turn would enable you to present certain ideas, or just talk in a way tailored to their preferences. Thus, those disastrous cases of miscommunication can be prevented and the person gets what you say with utmost clarity.

Being an overthinker, I was even more interested in learning how critical thinking differed from overthinking. I don’t know why but I seem awfully prone to quoting Wikipedia.

So, Wikipedia’s definition is, “Overthinking refers to thinking about a situation or topic to an excessive amount or in a simpler way think about (something) too much or for too long. It affects a person mentally as well as emotionally.” Wow, that makes so much sense.

People don’t like to think, if one thinks, one must reach conclusions. Conclusions are not always pleasant.
― Helen Keller

Critical thinking seeks to understand and gain more clarity of an event or person while overthinking is a sort of obsession on either predicting outcomes or considering alternate endings.

But overthinking is not all bad. Overthinking enables a person to foresee a lot of the possible scenarios and aid them in thinking on their feet and being prepared for all outcomes; good or bad.

Critical thinking and Overthinking have a fine line between them and both have their own advantages and disadvantages. But the best part is thinking gives you a different angle to view events from and widens your perspective to an extent.

The worst part is when we attribute too much importance to thoughts. They are thoughts after all, products of our brain and mind; they can be wrong and taking them up as conclusive evidence can be harmful in the long run.

Srisha had some wonderful thoughts prompted by this quote! Here’s a bit from the conversation that followed:

Me:
Those who feel take everything personally, compliments and criticisms both. But the one who thinks would see past all that and take things for their real and not face value. Most critiques would seem hilarious then.
That’s what I think it means!

Srisha:
Great explanation but sometimes feeling is so much better than thinking in my opinion.

Me again:
One is not better than the other. They’re both required. You can’t compare them. Like a person who feels still thinks and a person who thinks still feels. It’s the order that’s different.

Srisha:
Only sometimes so I’d say people who always feel are fools since thinking about their feelings is better so yes we can’t compare it.
I get it but both have advantages and disadvantages so none can say that thinking doesn’t make you a fool but feeling does.

All of that was just our views and thoughts on what that quote implied. I also googled it to see what it actually meant but I couldn’t find anything other than Quora answers and it seems like everyone had different views on it.

Thank you so much for reading!

What kind of thinker would you say you are? Can’t wait to read what you think!

94 thoughts on “Have You Thought About Thinking?” 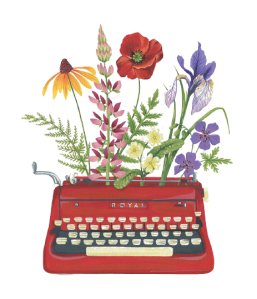 The content of this blog and the graphics used are copyrighted to Introverted Thoughts @ Random Specific Thoughts. The stock images and clipart images used are credited to their respective creators. Any form of duplication of this content or use of the graphics without explicit permission will be treated as a violation of copyright policies.

Thank you so much for coming by Random Specific Thoughts! Hope to see you around! ~D