So, we are halfway past September! Whispers of the Soul, the Poetry series on my book blog is proceeding well and I’d like to take a moment to extend my heartfelt gratitude to all the bloggers who suggested one of their favourite poems and contributed to this series. So, mentioned below are all the bloggers’ whose suggestions have been featured till date. I’ll be putting up a part 2 at the end of this month. Stay tuned!

Do check out their blogs, all of them are unique and amazing writers in their own ways!

1.Lost Generation by Jonathan Reed.
Suggested by Evin @ A Curly Sue’s Ramblings and A Wanderful Life!

3.If by Rudyard Kipling
Suggested by Aanya @ Soaring Firebolt, tkbrownwriter @ By: tkbrown.writer and Nathi @ Wayward Scribbles.

5. A Photograph by Shirley Toulson
Suggested by Rejoy Dev @ Teenage.

6. A Thing Of Beauty by John Keats
Suggested by Nathi @ Wayward Scribbles.

7.The Road Not Taken by Robert Frost
Suggested by tkbrownwriter @ By: tkbrown.writer.

And here are the poems that have been featured in this series so far!

1.Invictus by William Ernest Henley
2.Lost Generation by Jonathan Reed
3.Still I Rise by Maya Angelou
4.Dear March, Come In by Emily Dickinson
5.Animals by Walt Whitman
6.A Thing Of Beauty by John Keats
7. The Road Not Taken by Robert Frost
8.A Photograph by Shirley Toulson
9. If by Rudyard Kipling

7 more poems will be posted in the subsequent days, of which three are guest posts. These will be included in Part 2! Stay tuned!

Thank you so much for your constant support and co-operation! Hope you are enjoying the poems! Click here if you’d like to visit my book blog, pictured below (I go by the name Bookish Thinker there!). 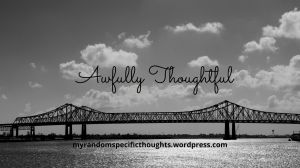 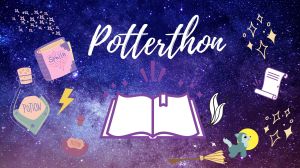 The design and content of this blog are mine alone. Please do not use the graphics or content on this blog without my explicit permission. If you feel you’d like similar designs, please contact me and I’d be more than happy to help you!