Hope everyone is doing great! Today’s post is a collaboration with Eleanor J. @ Wishing Upon A Star. She came up with this brilliant and unique idea of writing a poetic verse where she’d write one part and I’d do another, thus alternating each part between the two of us.

Eleanor J. is a gifted writer who at her young age has already published 3 books! Check out her official website here and the one dedicated to her books here. She’s an avid reader and has a beautiful way with words. Make sure you check out her blog here, where she posts deep and analytical accounts of varying books and topics.

We posted this same write-up on both our blogs because we couldn’t bear breaking it up into two parts. It deals with the themes of childhood, souls, and nature with quite a lot of flower references and is based on parallelism with nature. We tried to capture the transition phases from a child to a teenager and teenager to a woman. Hope you find it as delightful as we did!

The almond shaped seed was blown across lands far and wide, the wind taking advantage of its small form. When it found soil and water, it buried deep, relishing the comfort and protection.

The girl danced among the pine needles, reaching her arms up to the sky. Her soul of freesia rose up and soared with the golden and scarlet phoenixes above.

The sky looked down at her, with a forlorn expression on his face. This little one was still oblivious to the world’s true nature and was yet to learn it the hard way.

But it couldn’t last long. Among a field of other seeds, all striving for the same sunlight,competition was ensured among them. Soon, our tiny seed felt lonely, isolated, unhappy…

Years later, the raindrops that fell from the heavens cleansed her soul of all sorrow and regret. With each raindrop that hit the ground, the girl’s soul danced to the rhythm of her dying heart. A heart that ached for the little joys she had long forgotten.

The hydrangeas with their tiny souls of lilies were cleansed of the shards of pain and sorrow. As the showers of raindrops collided with the ground, those lilies chanted along to the rhythm of their bodies’ feeble hearts. Hearts that ached for the little joys they had long forgotten.

Months later, the girl’s tears of silver sap flowed down her pale cheeks like a river and her petunia of a soul seethed, folded in on itself. How could this world mock her so? She hugged her knees to her chest, and raised her now defiant tearstained face to the golden honeyed light, her soul withering even more.

The wind rushed past the curled up girl, not paying attention to the battle she waged within herself. His life had been meddled with, polluted and defiled. Why would he have to comfort the girl, just another petty human? His insides longed to feel the true power he possessed, but he knew he had to restrain those tempting desires.

Then it realized it could not condemn itself to a lifetime of torture and withering. It had to try. Try to survive.

The girl muttered a silent prayer to the sun to rise sooner. She needed enlightenment, a ray of understanding, a drop of love. She desperately needed some light to extinguish the darkness that plagued her soul. The sun would rise again and she knew it. But, what if it had been too late by then?

The purple iris with its golden heart extended its petals to the sun, praying for it to rise sooner. She needed its light desperately to rid her soul of darkness, before it bloomed as a cypress forever. 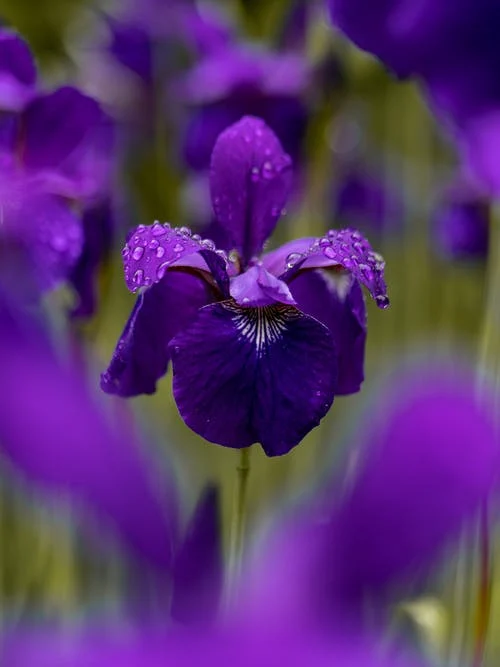 So it raised its crowned leafy head, shouldered away the arms of the others, and drank in the light. Our seed was no longer a seed. It was a full fledged plant.

The demon within the girl broke the constraints she had placed upon it. Gradually, it began consuming the little joys she had left showing her the world without its mask. Life’s ugly truths dawned on her with a brightness, as radiant as the sun. As she stood and watched, she witnessed the world’s facade failing itself. For the first time in her life, she realised what it meant to actually see.

Dark amber syrup cascaded down the bark of the maple tree, his soul of calibrachoa crinkling. How could this world mock him so? The world’s facade failed itself. It failed. His branches became brittle, no longer supple. He lifted his now defiant leaves to the golden honeyed light, and for the first time ever, he realized what it meant to actually see.

While it bloomed, others withered. At first, it soaked itself in the pleasure its superiority offered.  Relished it.

The girl would walk fire, would allow the embers to touch her. Anything to expose the world’s treacherous facade. Her soul of a dozen proteas expanded inside her, fueling her, spiriting her. She would spread her shattered wings and soar the depths of despair and still come right back up, stronger and more formidable than ever.

The thunder and the wind saw what their actions had wrought but why should it matter? The thunder and the wind had tried to fight before — why should they continue battling a hopeless cause? Long before, their pleas for help had been flushed into oblivion leaving a huge black void where their hearts resided. Since then, they did what their warrior souls willed them to, paying no heed to the beauty of life and instead marching through as if it were a conquest.

But it soon became horrified at what its traitorous feelings were capable of — monstrosity. It shrank back, its soul morphing into a purple hyacinth. Some of the other flowers, seeing it stand down, rushed to take its place. Others did not, their hooded eyes tired and full of pain. The plant knew it could no longer continue like this. It had to learn how to be contented.

And then it all came crashing down on the girl. How could she possibly fix this? It was impossible, improbable. Who was she to challenge the time-honoured ways of life? She was just a finite existence, irrelevant and unimportant compared to the glorious mother nature all around her. But, no, she could not allow herself to be drowned by the river of time. The gladiolus her soul now took on, nodded its tiered head in agreement, but it was not without pain in doing so.

The moon suddenly felt a deep loss of purpose. She was a calming entity and yet here she was, bearing witness as the thunder wreaked havoc on mankind. Her heart and soul went out for the girl as she could feel the pain the little one’s soul radiated.

Her face contorted in motherly love as she dispelled shards of hope and love, hoping the girl would pick one up. But the wind in his murderous frenzy, made sure they too would remain lost for eternity.

Life, that linear essence of emotion, stretched on. Sometimes, days dragged by on a snail’s shell, other times, they flew by on a falcon’s wings. The girl matured and grew, smiled all the more, the dull ache fading. The gladiolus never once crumbled inside her, but her soul was now a hybrid of several flowers, namely, the plumeria. It was this flower that most helped her through her darkest hours.

Deeds done without being given the benefit of thought often end up in bouts of inexplicable grief and regret. They felt the weight of the world’s grief on their shoulders and began to seek ways to set their reckless acts right. But what had been done was now, just another thing of the past. Acts committed, never to be set right; time lost, never to be regained. With hearts and souls infested with grief and guilt, they attempted to set right the ruthless destruction their demons made them wreak.

Over even more time, the young woman discovered that the world was malleable. Malleable to an individual’s attitude. She found out that if she was happy, that utopia of an illusion would endure. When she was younger and more rebellious, she would’ve cast it off. Now, wiser and more forgiving, she accepted it gladly. Her soul, for the rest of her life and into the next, was filled with flowers of hope, purity, love, and joy, especially with the green rose.

Efforts never go to wrought when carried out with a pure heart and good intent. The moon gradually bid her farewell to make way for the Sun’s magnificent arrival. The world calmed down as all forces of nature joined hands to rectify their wrongs, thus laying a path for young souls to reach the Paradise that the earth would soon become. They went about expediting all natural processes. Flowers bloomed early, spring, autumn and summer came together and unleashed their spectacular colors and blinding beauty on the earth, willing away all sorrow and pain. They sowed the seeds of love and kindness in the hearts of all living creatures, and hoped with all their hearts that the magnolias would indeed rise again. And with it, so would humanity.

Like the leaf that falls in Autumn and withers providing more strength to the tree that anchored it all these years, such is human life. We are brought to life with an entity’s life-giving breath, and die when our story is complete. We return to dust just as we were birthed from it. This beautiful journey we call ‘life’ goes on as life is birthed from death each day. There is hope in despair and love in hate, because the good in everything is like a spark of flame. It can never be extinguished for it exists inside our souls unbeknownst to us. 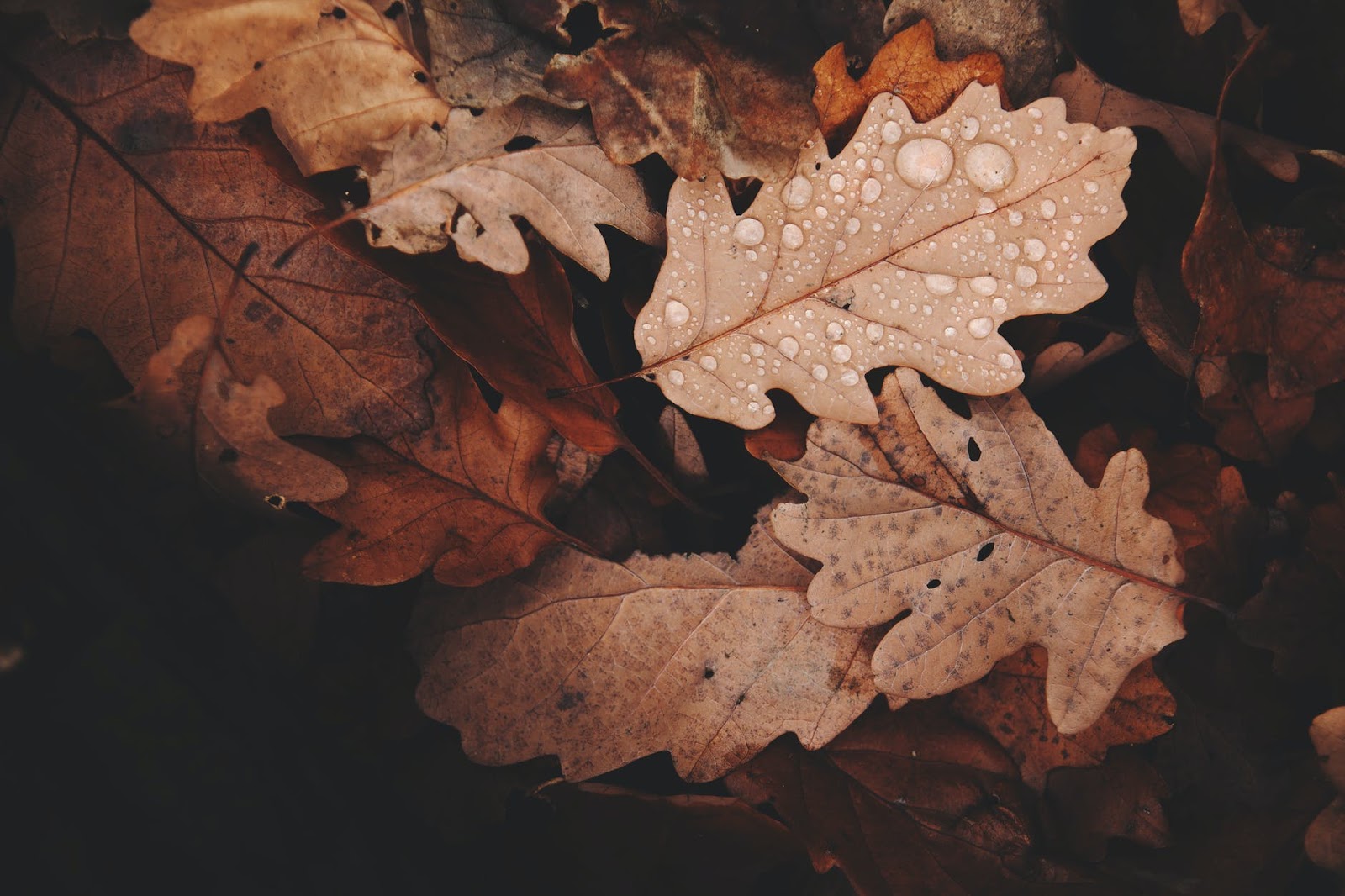 Excerpt from Anne of Avonlea by Lucy Maud Montgomery:
“I read somewhere once that souls were like flowers,” said Priscilla.

“Then your soul is a golden narcissus,” said Anne, “and Diana’s is like a red, red rose. Jane’s is an apple blossom, pink and wholesome and sweet.”

“And your own is a white violet, with purple streaks in its heart,” finished Priscilla.

“……generally our real selves, the children inside, are innocent and shy as magnolias.”
–Maya Angelou

“Understanding is the first step to acceptance, and only with acceptance can there be recovery.”
-Dumbledore

A huge thank you to Eleanor for having me write this with her! Don’t forget to visit her blog here! I had great fun writing this and learnt quite a few flower terminologies! Hope you enjoyed!